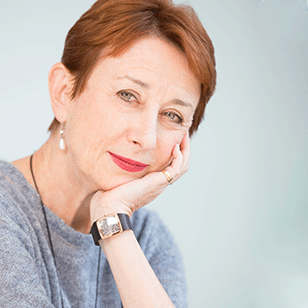 Visionary dance educator Mavis Staines has revolutionized the way dance is taught, performed, witnessed and shared across Canada and around the world. Over her 30-year tenure as Artistic Director of Canada’s National Ballet School, she has cemented the School’s reputation as the leading champion of programming excellence, access, and inclusion in dance.

Born in Quebec’s Eastern Townships, Staines received her ballet training at Canada’s National Ballet School. Upon graduation from NBS, she danced as a first soloist with the National Ballet of Canada and the Dutch National Ballet until an accident cut short her performance career. She subsequently enrolled in NBS’ Teaching Training Program, joining NBS’ Artistic Faculty in 1982. She was appointed Artistic Director in 1989.

Staines’ approach to the holistic wellbeing of the students in NBS’ elite Professional Ballet Program sparked an international conversation about classical ballet training, with a focus on progressive approaches in pedagogy, mind-body awareness, and nurturing the whole dancer. Her wholehearted enthusiasm for exploring technology in the arts, cross-disciplinary collaboration, and partnership building put Canada and NBS on the map of global leaders in ballet.

A lifelong believer in the benefits that dance can offer all of us, Staines championed the establishment and rapid growth of NBS Sharing Dance, NBS’ community-engagement initiatives that encompass the widest range of community programs of any ballet school in the world. Her commitment to making the power of dance more accessible has opened doors for more than 160,000 Canadians to-date of every age, ability and aspiration.